Warning: count(): Parameter must be an array or an object that implements Countable in /home/customer/www/angelanissel.com/public_html/wp-content/themes/coffeeandcream/functions.php on line 220

Mixed: My Life in Black and White (Book) 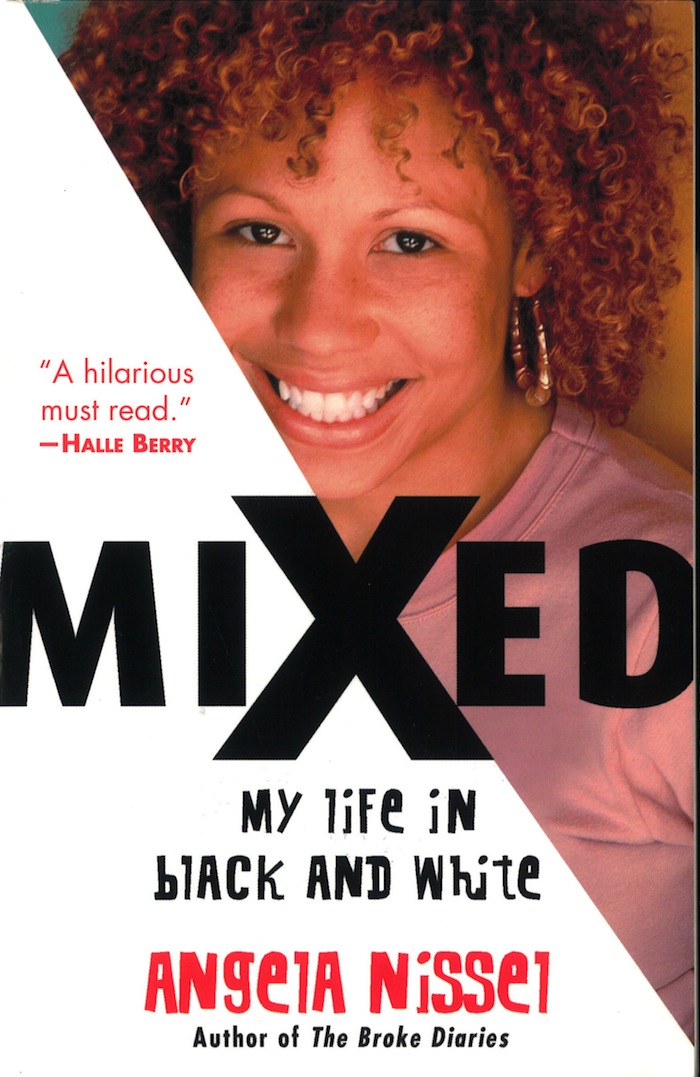 Once in college, Angela capitalizes on her “exotic” look at a strip club and ends up being put in a strait- jacket for a major case of the blues (aka, a racial identity problem). Yet Angela is never down for the count. After moving to Los Angeles, she discovers that being multiracial is anything but simple, especially in terms of dating and romance.

By turns a comedy of errors and a moving coming-of-age chronicle, Mixed traces one woman’s unforgettable journey to self-acceptance and belonging.

Here’s what folks have said about Angela’s book “Mixed.”

“Nissel is humorous, poignant, and proud yet also empathetic and generous as she recounts her constant struggle to answer the perennial question persons of mixed race seem required to ask of themselves in our society—where do I fit in?…. All readers stand to learn from her account.”

“Mixed is a hilarious must-read for anyone searching for the enchanting path to self-discovery. Angela Nissel’s precise account of living the mixed race experience not only hit home with me, but the journey is deliciously enlightening and heart-rending at the same time. It’s a journey well worth taking.”

“Growing up black and white, I always felt I had the best of both worlds. I feel the same way about Mixed. It’s the perfect blend of hilarious comedy and sometimes tragic reality.”

Yvette Lee Bowser, creator of Living Single and executive producer of Half and Half

“I love Angela Nissel’s writing. Reading Mixed was like getting a letter from a best friend I forgot I had. How ironic that a book written by someone who felt like no one “got” her will surely be one of those rare books everyone gets- black, white, both, neither. Hilarious, sweet, and honest, Mixed is the perfect read if you’ve ever felt like the one standing on the outside– and let’s face it, who hasn’t?”

“If David Sedaris was a straight biracial female, this is the book he’d write. This book is so funny I’ve already started telling people I helped Angela write it.”

“Mixed is light, funny and charming, but it also illuminates the pervasiveness of prejudice in a culture where many see racism as a thing of the past.” 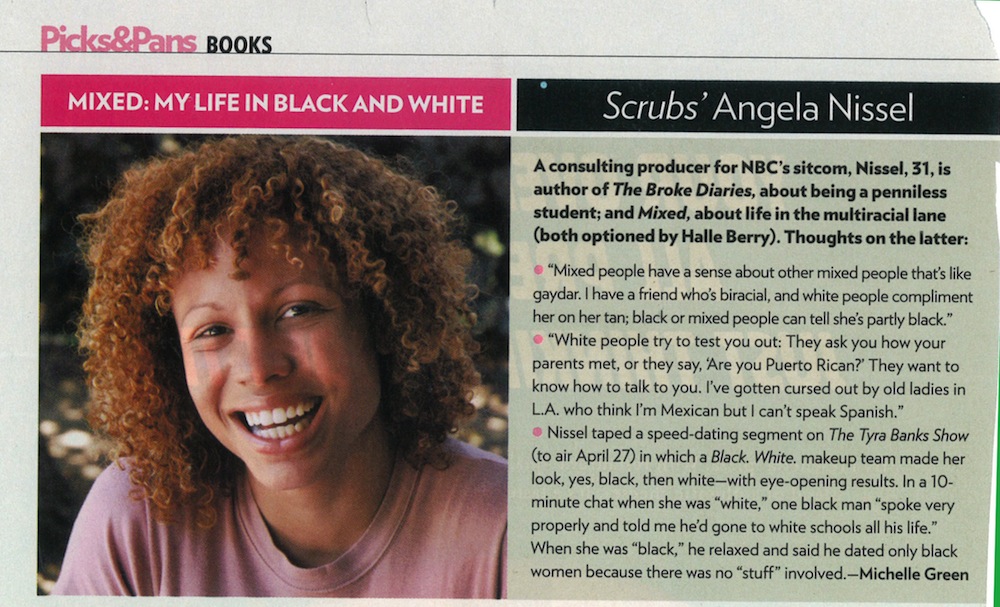 2 Comments to “Mixed: My Life in Black and White (Book)”